by CECIL TAYLOR: THE ENSEMBLE 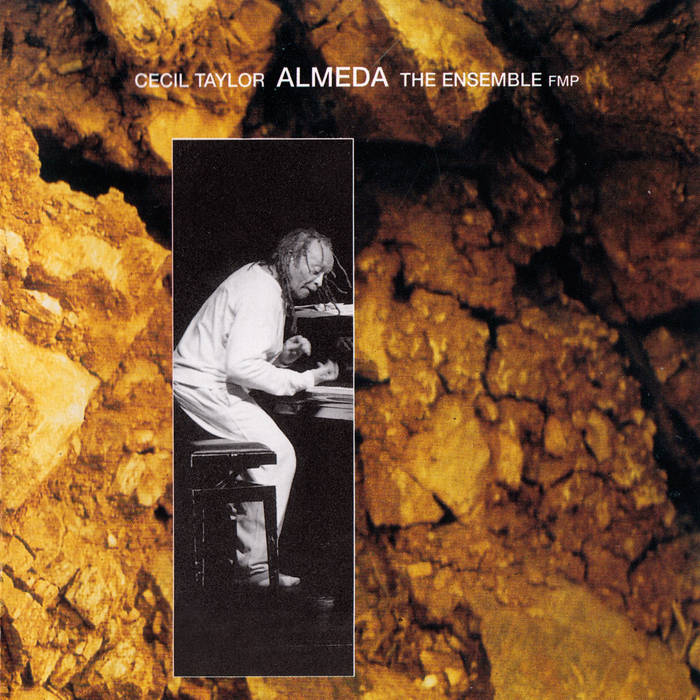 "I have usually preferred Taylor’s solo efforts to those of the Unit, but 'Almeda' is an entirely different animal. Similar to the recently released Owner of the Riverbank or the orchestral discs from 1988 in the now legendary FMP box set, this 76-minute piece focuses on timbral exploration, which is apparent from the first hushed moments. Groans, ululations, sharp exclamations, a faint drone and occasional shamanic drums fade in, as if arising from the earth. Small fragments of history gradually encroach – slides, squeaks and shrills reminiscent of what Taylor calls “that fictitious term ‘jazz.’” -- Marc Medwin, Dusted Magazine

"At the piano, Taylor remains a force of nature, capable of expressing the full range of emotions from the most delicate to the most intense, with a sense of pathos and humor, and inspiring his followers' incredibly creative improvisations. The music is both energizing and cathartic. It draws in the attentive listener and rewards them with an unparalleled experience that awakens the imagination and provides an escape from and insight into this world." -- All About Jazz

"'Almeda' must certainly go down as one of the great long-form pieces this genre of music has ever produced. Even compared with Taylor’s own high standards, 'Almeda' is a striking piece for large group improvisation, a composition of continual reinvention, constant revolution, where the whole is vastly superior to the sum of its parts. Beginning with an all-group incantatory vocal, punctuated by Krall on percussion and toms and Duval striking away at his bass, one immediately senses that this piece is something special—the Tower of Babel refracted through one man’s own version of African myth and legend." -- One Final Note

Recorded by Holger Scheuermann and Jost Gebers on November 2nd, 1996, during the Total Music Meeting at the Podewil in Berlin.