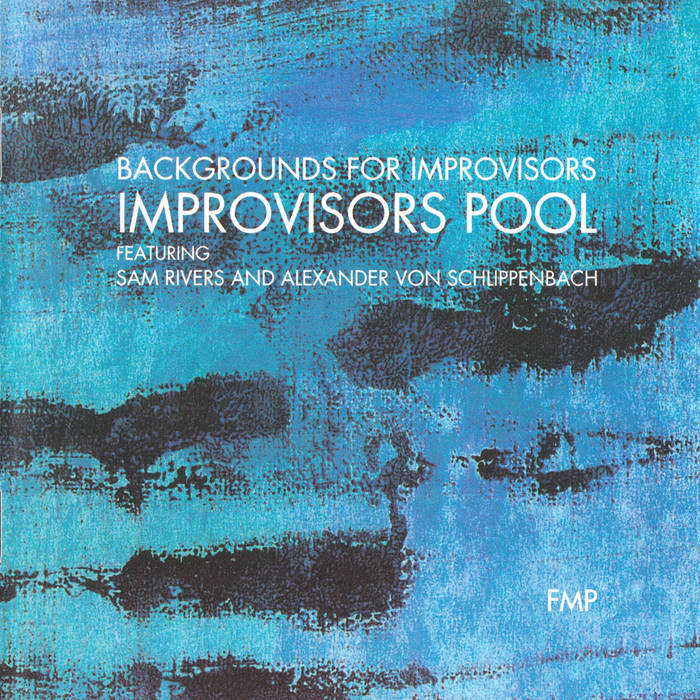 "For those who've long admired Sam Rivers or Alexander von Schlippenbach, this set, recorded live in 1995, is one of those "grail"-like recordings. While both men have been rooted in large settings for improvisation over the past 40 years — Rivers with his wonderful Winds of Manhattan group and von Schlippenbach with the Globe Unity Orchestra, they'd never met, much less played together, before the rehearsals for this date. FMP has done a stellar job of capturing a gig so charged and spirited, where the goodwill and encouragement inspired every member of this nonet to perform as both a soloist and a contributor to the unit. This comes out of the gate swinging with von Schlippenbach's "If You Say," with piano, bass, and drum kit ushering in a two- and then four-chord vamp, before the horns come in playing knotty and true as Rivers and Wrase engage in call and response above the chart. Rivers' "Terrain" is next. Though it is more angular from the jump, it too is rooted in the melodic interpolation of Ornette Coleman and the edgier post-bop of Eric Dolphy. The horn interplay here is just stunning — it's so playful and whimsical. This is one of the true wonders — of many — in the FMP catalog, and a high point for both of the set's leaders."
- All Music Guide

"Perhaps among the most accessible FMP releases, this follows the tradition of von Schlippenbach’s ensemble work, from Globe Unity Orchestra to The Morlocks. Occasionally angular, like Monk, this punctuates a strong atonal rhythm section with freer small scale improvisations, or is classically expressionistic. Imagine Kurt Weill meeting Erik Satie at the circus, wrapped up in Schlippenbach’s virtuosity."
- epulse

"Here we have one 9-piece band. Improvisors Pool consists of Alexander von Schlippenbach and a group of his highly motivated graduate students from the Berlin Art School where he lectures. They are joined here by Sam Rivers, a combination sure to raise a few expectations. The music here will not disappoint. The music consists of compositions by Rivers and Schlippenbach that serve as backgrounds for improvisation. Sam Rivers likens them to a painter’s canvas, “the background on which he applies the improvisation”. Every piece is characterized by tremendous drive and energy, coupled with superb playing, particularly (but not exclusively) from Rivers and Schlippenbach."
- Rubberneck

"On Backgrounds for Improvisors, the Berlin-based Improvisors Pool challenges the nature of composition without doing away with it completely. Alexander von Schlippenbach and Sam Rivers provide the thematic framework for pieces which ultimately explore loose ensemble relationships, spontaneous empathy, extended forms, and open space. Taking a cue from Rivers’ uninhibited saxophone, the soloist look to evade – rather than justify – the logic of the arrangements, so von Schlippenbach’s piano is often a stabilizing presence, helping to define formal shape and tonality. instrumental colors energize subversive textural activity – multiple flutes on “Top Dogs Double Hop”, horn polyphony on “Background”, an angular riff hammered on “The Forge” and splintered into klangfarbenmelodie / ”tone-color-melody.”
- Art Lange, Pulse!

Recorded live by Holger Scheuermann and Jost Gebers on April 5th, 1995, at the Podewil in Berlin. Mixed by Jost Gebers.