by THE FEEL TRIO 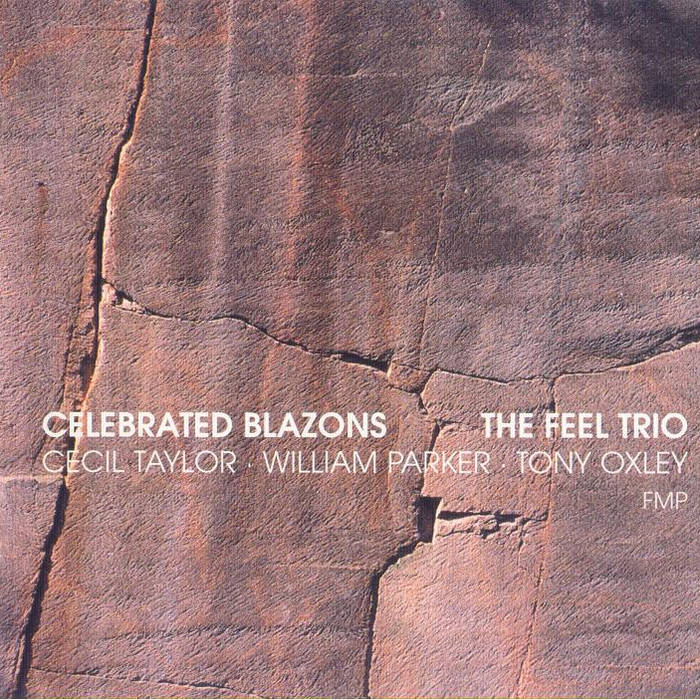 All music and lyrics by Cecil Taylor

Recorded live by Holger Scheuermann and Jost Gebers on June 29th, 1990, during the Workshop Freie Musik at the Akademie der Künste in Berlin.

"The pianist himself remains mercurial, inspirational, utterly absorbing from moment to moment and over the long span of the performance. Some remain irritated by the sort of poetics which warm up the beginning here, but however enigmatic their intent, they add bewitching color to the event. From there, he reassembles his art – refined, remonstrative, radical. Recommended."
--Richard Cook, Jazz Express, March 1994

"Though there are brief respites at about half, and again about two-thirds of the way through, the surging power of this performance is often unrelenting. This trio release is further proof of Taylor’s genius and is a major addition to his phenomenal recent releases."
--Michael Rosenstein, Cadence #6, June 1994

"...58 minutes of flat-out, go-for-yours improvisation by three of the freest -- yet still sure-handed -- players jazz has ever produced: Taylor, bassist William Parker, and drummer Tony Oxley. If you've gotten bored with sampling jazz from the '60s and want to jump a century and maybe a couple of galaxies in the process, get down with the Taylor theory of musical astrophysics."
--Greg Tate, Vibe, Dec 94/Jan 95

"Celebrated Blazons is another of the great Taylor records, not least because it finds him working with a group - American William Parker on bass, Englishman and German resident Tony Oxley on drums and percussion - that unmistakably restores his jazz lineage, but takes it off on a rhythmic and harmonic axis at right angles to the classic Lyons/Cyrille partnership. Where Cyrille flowed like the Niger, Tony Oxley plays musical quanta, packets of metrical heat and light that are impossible to count and measure. Where the older group dispensed with a double bass, William Parker provides a rich accompaniment, the most resonant, symphonic playing since the heyday of Richard Davis...."
--Brian Morton, The Wire #242, April 2004

4 stars - The Penguin Guide to Jazz on CD