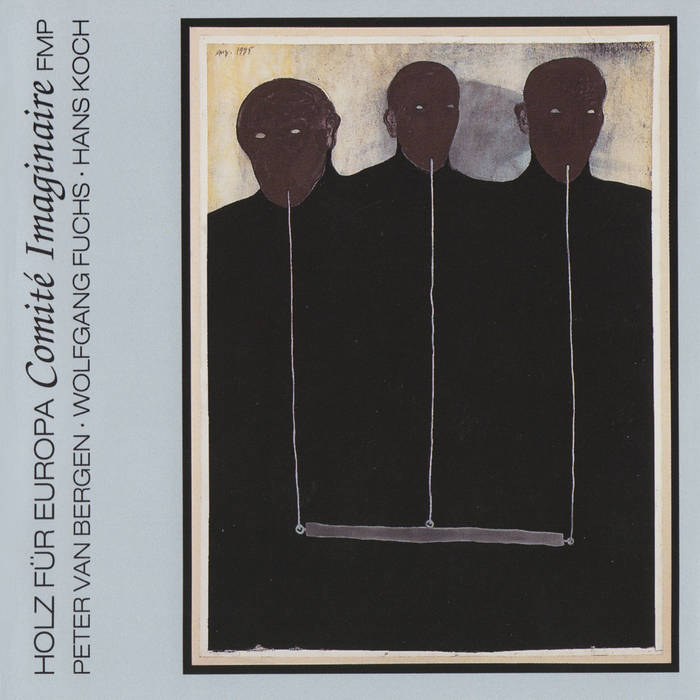 "Path breaking and compelling."
- The Wire

"Employing a battery of 11 reed instruments – ranging from contrabass clarinet to sopranino – Peter van Bergen, Wolfgang Fuchs and Hans Koch explore a wide range of moods and tones. While the playing is never less than intense, the musicians frequently bat ideas around with the playfulness of kittens."
- Coda

"The wind/reed trio of Peter van Bergen, Wolfgang Fuchs, and Hans Koch created a single spontaneous composition during a live concert in Berlin, and then proceeded to play every possible improvisational variant on it by utilizing a slew of clarinets and tenor, soprano, and sopranino saxophones. The music they make is quite compelling in that it reaches for the smaller aspects of sound ratios and tonal equanimity among the trio. Where Anthony Braxton and Roscoe Mitchell created this kind of relentless exploration 35 years ago, the trio of Fuchs, Koch, and van Bergen have taken it to an entirely different level, where all notions of musical expression are null and void outside the language of art and its collective expression in miniscule territories. The end result is one that inspires reflection and wonder, and moves the listener into the boardroom of the Imagination Committee. Bravo."
- All Music Guide

"A fine example of the vitality to be heard from the contemporary jazz axis in Europe. The all-reed trio known as Holz für Europa (the Dutch Peter van Bergen, the Swiss Hans Koch, and the German Wolfgang Fuchs) met while playing in the Cecil Taylor European Orchestra and have been playing together since 1988; there is a kind of lived in empathy between them that allows for lively exchanges and collective textural explorations. While much of the musical fabric covered here has improvisational roots, there are beguiling little pillars of structure that arise and give the more unhinged material fruitful points of contrast. The album, taken form live recordings in Berlin in 1995, is framed by two versions of “Turn Around."
- Jazziz

"An album of freely improvised music by a trio of players who extended the conventional technical boundaries imposed by their respective instruments, and who more significantly, address matters of spontaneous organization in a largely successful manner. All three are total virtuosi. The trio’s music is a well-integrated amalgam of sympathetic styles; the listening between them is intense. Avoidance of cliché is a given; were there a prize given for avoiding functional tonality, these gentlemen would be high on the list of qualifiers. But their explorations bear an unmistakable maturity – this is not “experimental” music, for these musicians are so accomplished that their days of searching are, in a very real sense, long past – and an emotional depth that cannot be denied."
- Cadence

Recorded live by Holger Scheuermann and Jost Gebers on July 1st & 2nd, 1995, during the Summer Music concert series at the Haus am Waldsee in Berlin.