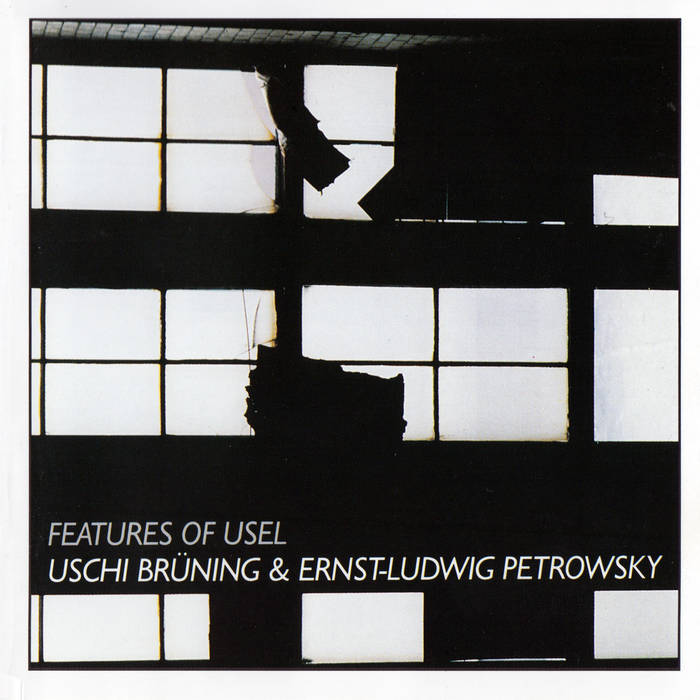 "The duo of multi-instrumentalist and vocalist Ernst-Ludwig Petrowsky and vocalist Uschi Brüning have been together since the late 70s. Their take on jazz and free improvisation is one that has at its heart warmth and a sense of great, very human, humor. Features of Usel is a 72-minute work for both voices that includes nine "episodes," or movements: each a different exercise for voice and its relationship in that mode to the instrumentation brought to bear upon it, whether it be a flute, a zither, a piano, an alto or baritone saxophone, a clarinet, or even another voice. And while it's true that a great deal of Features of Usel is improvised — and Brüning allows herself to stretch her voice between timbres, dynamic and dramatic ranges, rondos, themes and variations, and all manner of speech patterns and sound mechanisms — plenty of it is focused on composition. There are moments here that soar with fearless imagination, and others that chuckle to themselves, never keeping to one ground for too long. Whether it is the inventive modal scat and deep zither explorations on "Indian Song;" the joint melodic work between baritone and voice or flute and voice on "Blues Usel;" or the harsh yet Brubeck- and-Giuffre-drenched bluesy, contrapuntal investigations on "Episodes;" or the amazing avant-bop alto and vocal swirling on the closer, "Usel's Bird;" each moment here is worth noting for its invention and connection — whether it be to the European classical tradition, or the blues and jazz traditions of North America, or the New York musical theater tradition."
- Thom Jurek, All Music Guide

"Pop/jazz vocalist Brüning continues her step-by-step entry into the jazz avant-garde. There is an increased sense of confidence and insight pervading the vocalist’s efforts, which run the gamut from bluesy lyricism to insistent chattering, spoken rhythms, the realization of intricate jazz-based compositions and emotive outbursts. The set is ripe with cues and predetermined elements. This approach balances assuredness, in the sense of “knowing where one is” in the traditional sense, with the spirit of exploration. Brüning’s heartfelt work is also bolstered by Petrowsky’s indefatigable resourcefulness, passion and creativity. He’s in top form on all of his horns – rough, bluesy, lyrical and reaching, whether working “inside” or “out”. Even his out-of-tune zither textures and modest vocal gambits are engaging. Without a doubt, the reed man is still the primary catalyst in this duo, but the vocalist’s efforts cannot be taken for granted."
- Cadence