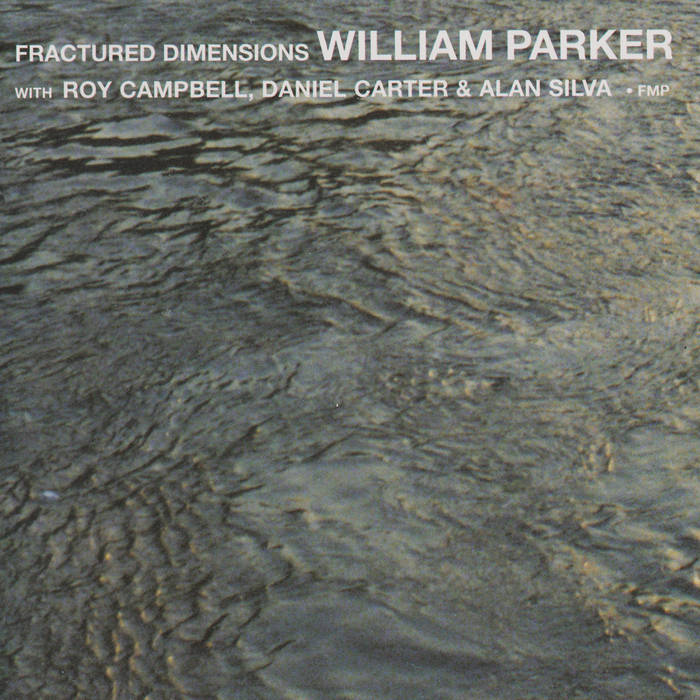 "It was supposed to be the Other Dimensions in Music quartet, but drummer Rashid Bakr couldn't make it to the Podewil in Berlin for the 1999 Total Music Meeting festival. So Alan Silva was asked to sit in with William Parker, Roy Campbell, and Daniel Carter. Fractured Dimensions is the documentation of this one-time encounter. Digital synthesizers are not often heard in free improvisation contexts but Silva's playing is so colorful that one quickly leaves his apprehensions behind. He also has a piano within reach and switches between the two keyboards, adding to the already wide palette. Entirely improvised, the set as a whole remains very close to the American free jazz spirit, and fans of Parker will have no trouble recognizing his way of "leading" without leading. By "Vermeer," all the pieces of the puzzle have found their place and "Acrosses Rain," (34-minutes long), could make you believe that this is Other Dimensions in Music playing in another dimension. The quiet finale of "Sonnet for Armstrong," with Silva playing delicate chords at the piano, while Campbell and Carter exchange foggy trumpet lines, is alone worth the price of admission."
- All Music Guide

"Fractured Dimensions captures the band without Bakr and with Silva, but the music is far from broken and the contrast in ensemble sound is striking. Improvising over six tracks, varying in length from three and half minutes to ten times that span, the band covers a lot of sonic territory. Silva takes his role as new recruit seriously, testing out the tethers of habit that bind the regular band members and fraying them with adroitly placed shots from his keys. His part is often that of instigator and skeptic, causing his colleagues to constantly reevaluate their relationships and adapt to new methods of interaction. During the fleeting tone poem “Eternal Flower,” Carter’s gauzy alto smears across a languid surface of plucked bass and synth striations as Campbell’s softened brass injects warm legato notes. In sharp contrast, Silva sounds like Sun Ra during the closing minutes of the opening “Figures Standing in the Door,” stabbing out cacophonous slabs that take on the girth of cathedral-sized pipe organ swells. Piano enters the picture on “End of Famina,” dancing with Parker’s bass in a dark congruity of layered lines before an alien armada of electronics returns for another cyclonic spiral that reaches thermospheric heights. Nameless and transitory, this ensemble appears to have been purely a product of serendipity and necessity. Still, the document they left behind endures as a monument to the role of spontaneity as the principal midwife of successful improvised music."
-Derek Taylor, Dusted Magazine

"Fans of Other Dimensions in Music or (especially) of Silva will find this a fascinating document."
- Cadence

"A valuable figure in different projects involving Parker and pianist Matthew Shipp, Carter’s chameleon-like character makes him MVP in many situations. Here he can match Campbell’s brassy trumpet flourishes with boppish, razor-sharp alto saxophone trills at one point, then a few minutes later transform the same instrument into a cauldron of cascading dynamics, squealing out hunks of pitch sliding staccatissimo split tones. All this takes place on top of the vibrating surface of Silva’s synth, as the keyboardist introduces polytones and polyrhythms, intermittently pierced by Parker’s bass tones."
-Jazzworld

Recorded live by Holger Scheuermann and Jost Gebers on November 7th, 1999, during the Total Music meeting at the Podewil in Berlin.