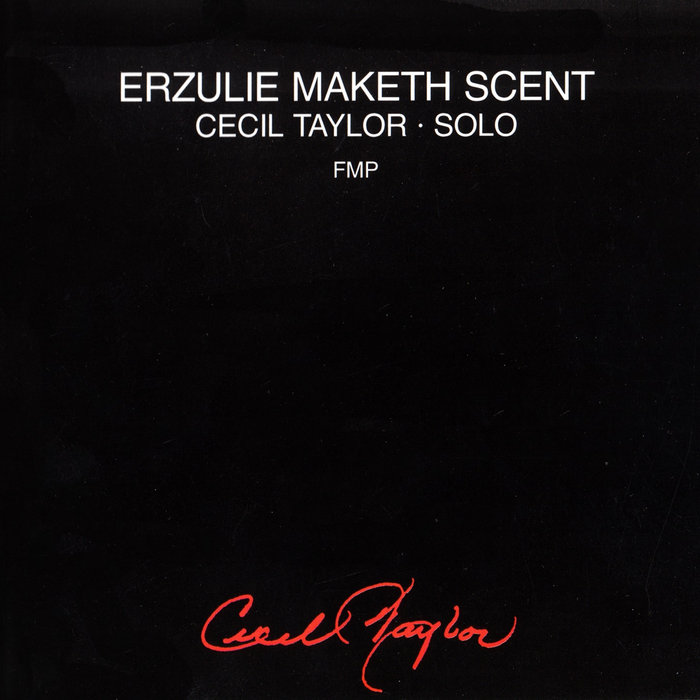 DISC ELEVEN of THE COMPLETE CECIL TAYLOR IN BERLIN '88
ONLY AVAILABLE as part of the Box Set
VISIT THIS PAGE for details of the entire set
and to PURCHASE: destination-out.bandcamp.com/album/the-complete-in-berlin-88-box-set

"This solo concert, performed on the second to last day of a month long stay in Berlin in which Taylor performed in every conceivable setting, is perhaps the most satisfying of his recording career. Taylor's many influences, interests, and obsessions are engaged here: They are mused upon, debated, and underscored for emphasis. His exploratory range has never been greater than it is on this three-part set, with two short and very delightful "songs" tagged on at the end. Taylor's sense of playfulness seldom comes through in his solo work, and this piece is full of it. Here is the place where the man truly lives as an artist. His knowledge of jazz's long and varied history is played out harmonically and modally with melodic intervention, counterpoint, and rhythmic attack (which is shockingly gentle here). This is a long meditation on music as magical force, not a calculated expression of emotional intensity. Each of "Erzulie"s sections begins with a kind of systematic investigation. Swooping lines are shoved up against scapular patterns and rhythmic stress points. When the music opens up in the middle, he can coo and woo it, even beg from it a secret spatial elegance and grandeur. The chords bring this long song to a thunderous yet warm climax. Before the crowd can even finish its applause, Taylor plays his first little "tune" — an extrapolation of Fats Waller's boogie-woogie swing — and just as suddenly it ends, the whorehouse piano gone, only a minute and a half later. Finally, along the keyboard Taylor whispers a theme from Bartok caressed by an Ellingtonian grace from a pair of diminished sevenths. It only lasts a minute, but the crowd got every note and laughs with approval for this thank you from a man not known for them. Of all the solo work Taylor did in the '80s — and there was plenty — this is the one to own. Go ahead. Be amazed."
-Thom Jurek, All Music Guide

"Erzulie Maketh Scent is the one solo concert from Cecil's extended and heavily recorded residence in Berlin. Cecil was at his best throughout and the performance captured here on the penultimate night of his stay in Berlin is an excellent representative solo work. The bulk of the concert is the three part title track in which Cecil explores various themes with playing ranging from spare and explorative to dense and feverish. This concert ranks right up there with his best solo works -- Garden, Reinforced Concrete (from the in East Berlin discs), and the more recent Willisau Concert."
-Joe Pierre

All music by Cecil Taylor.

Recorded live by Eberhard Bingel & Jost Gebers during IMPROVISED MUSIC II/88 on July 16th, 1988, at the Kongresshalle in Berlin.