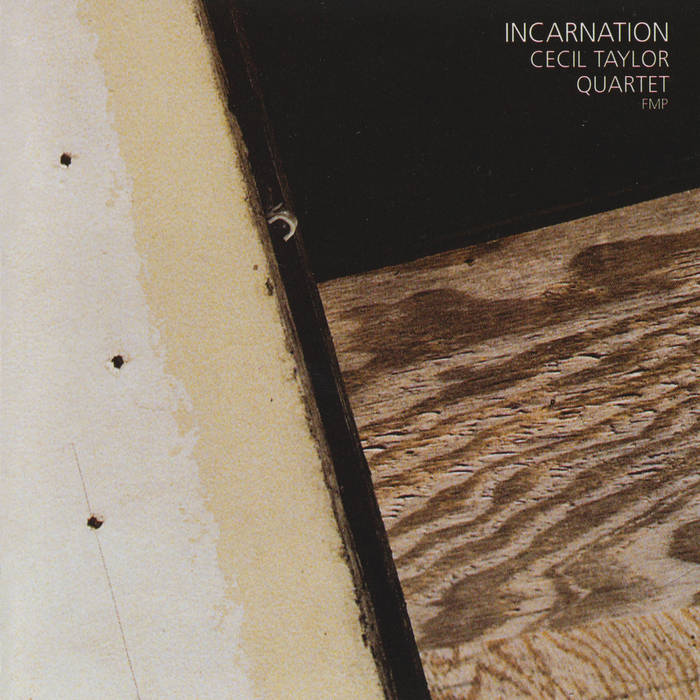 "The most consistently rewarding of this year's Taylors is 'Incarnation,' his latest for FMP.... Taylor is reunited with Andrew Cyrille, still the drummer who best understands how much propulsion he needs and when. On "Focus," the punishing opener, they pick up right where they left off. Once he gets his bearings, Franky Douglas, a Curaçao guitarist based in Amsterdam, uses his whammy bar for spaceship landings that are more Sun Ra than Cecil Taylor, also daring a hint of funk now and then. But the one who pushes the gathering into overdrive is cellist Tristan Honsinger, who goes after Taylor from the opening bar." --Francis Davis, Village Voice

"With a new set of helpmates he’s turned out yet another premium disc." -- JazzWorld

"...vital and topical evidence of Taylor’s musical supremacy and as such, easily recommended. The advantage of new and venerable colleagues and an open-ended approach make it even more enjoyable." -- Derek Taylor, Dusted Magazine

"...one his more compelling dates in recent years. It’s partly about frenetic group interaction, shaded with Douglas’ occasional implementations of mainstream R&B. Recommended." -- All About Jazz

Recorded live by Holger Scheuermann and Jost Gebers on November 4th, 1999, during the Total Music Meeting at the Podewil in Berlin.

Booklet design/layout: Jost Gebers.
Photos: outside by Günter Christmann, inside by Dagmar Gebers.