by WILLIAM PARKER / IN ORDER TO SURVIVE 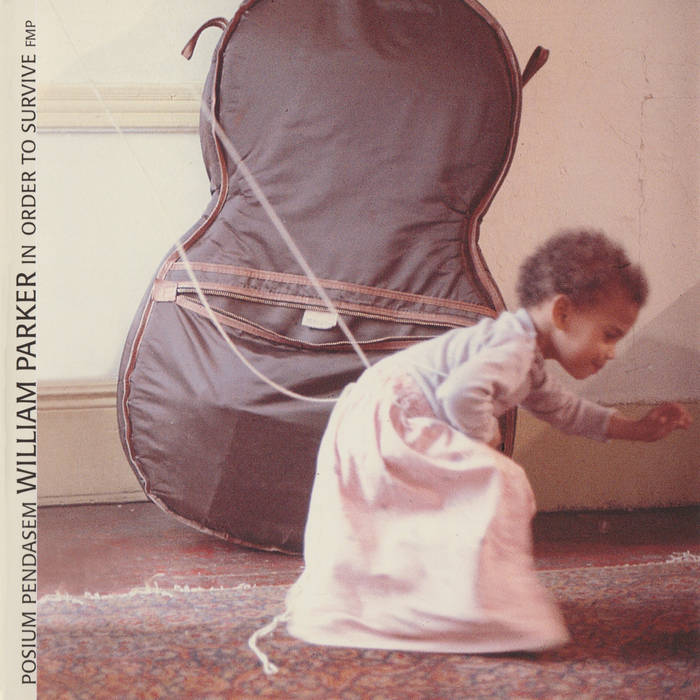 gaiusfolk often quite challenging to listen to, yet it offers many gifts to those who listen closely.

"Whether your new visitor to William Parker’s Tone World, or already a loyal inhabitant, this disc is one to procure and savor as soon as possible. Posium Pendasem marks the quartet’s third commercially released recording and differs noticeably from its predecessors. The most obvious variation is the fully realized presence of Assif Tsahar who bolsters the group to quintet size. The second difference centers on the program of tunes, three in number and dominated by the massive “Posium Pendasem # 7” which clocks in at over fifty minutes in length. None of the time is wasted. Solos, duos, trios, quartets and complete quintet, every possible combination of players is explored across its sonic landscape. A front-line reed combination of Brown and Tsahar is tough to beat and the two uncork torrents of saxophonic truculence with tireless veracity atop Ibarra’s jungle of percussion. Parker’s sawing harmonics and Cooper-Moore’s pounding clusters also make frequent forays to the forefront. Given the girth and intensity of the piece it seems inevitable that the two others that bookend its boundaries should suffer by comparison. Not so. The introductory “Posium Pendasem #9,” an abbreviated feature for Cooper-Moore’s more lyrical side, and “Another Angel Goes Home,” both offer much to explore on their own."
- All About Jazz

"Each new release by William Parker’s ’In Order to Survive’ is cause for riotous celebration among followers of creatively improvised music. In the three short years since the current incarnation’s debut release, the four regular members have risen to the top of the ranks among their peers. This disc continues the ever-expanding tradition and is in every way a worthy addition to their discography... Even if you’re a skeptic about Parker’s prowess as instrumentalist and composer, search this disc out, it will almost certainly prove the tonic which assuages your doubts."
- Cadence

"This recording is a fine example of the creative intensity generated by a small conglomeration that continues to knock out some of the finest music of its kind."
- All Music Guide

"Quintets don’t come more dramatic than William Parker’s In Order to Survive. Bob Brown (alto saxophone and flute), Assif Tsahar (tenor saxophone and bass clarinet), Cooper-Moore (piano), Susie Ibarra (drums), and Parker (bass) can spring from swirling, chaotic collective improvisation to near silent, finely crafted melody – in a moment. The sounds and structures may speak to a 1960s free jazz tradition, but the music always feels genuine and new, hardly derivative. Posium Pendasem # 7 forms the centerpiece of this live recording. Bookmarked by two short, stark pieces, at over fifty minutes in length # 7 take the group in every direction. This is challenging, wrenching, marvelous music."
- CODA Magazine

"Posium Pendasem documents a particularly strong edition of composer-bassist William Parker's In Order to Survive, a quintet rounded out by saxophonists Rob Brown and Assif Tsahar, pianist Cooper-Moore and drummer Susie Ibarra. The music benefits from the combination of high-level production and in Tsahar, an extra catalyst. The bulk of the program is comprised of the electrifying 50-minute "Posium Pendasem # 7." Exemplary of Parker's approach to extended open-form works, it is refreshingly void of pat, diffused intensity and clumsy transition points. Two compositions rooted in traditional notation round out the program: a short, prelude-like solo piano reading of "Posium Pendasem # 9," which Cooper-Moore bathes in austere and pensive colors, and "Another Angel Goes Home," a post-modern sorrow song for quintet. Respectively sequenced before and after "Posium Pendasem # 7," they give the album a compelling shape."
- Jazz Times

Recorded live by Holger Scheuermann and Jost Gebers on April 9th and 11th, 1998, during the Workshop Freie Musik at the Akademie der Künste in Berlin.