The Death of the Rare Bird Ymir & Bonobo Beach 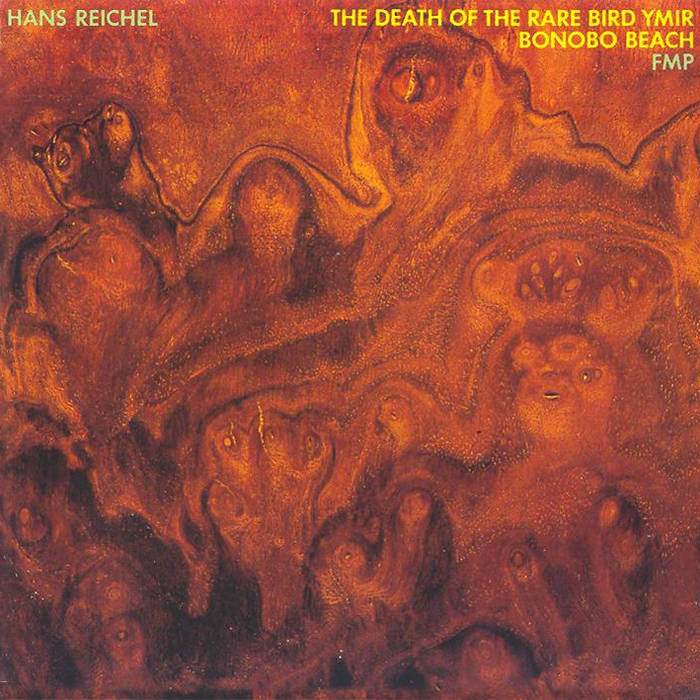 John Cratchley There are so many ideas and styles in which ideas are interpreted on these two albums that it takes more than one quick listen to sort them out...this music is a touchstone for so much guitar playing since its release in the late 70's/early 80's,Reichel really was at the forefront of free playing but with structure and purpose. It's inspiring listening and you hear him doing things that nobody else has been able to emulate 35 years on! It deserves a much wider audience,in my opinion.

All compositions by Hans Reichel

"Listening to Ymir again reveals a player with a headful of ideas requiring radical means to realize them. Drawing on traditional forms and expanding them into ‘free’ areas, Reichel created some astonishing sounds on his acoustic guitar(s) – microtonal harmonics, a plangent hammered dulcimer style, and a koto-like aridity.... Bonobo Beach from 1981 is more mellow in mood, more structured and melodic than with Reichel’s Ymir picking, sweet string-bending and bell-like harmonics sounding uncannily like Henry Kaiser duetting with himself." -- The Wire

"The Death of the Rare Bird Ymir and Bonobo Beach qualify as avant-garde in the truest sense of the term, but they are also just about as delightful and user-friendly as avant-garde music can get." -- All Music Guide; 4 stars

Recorded by Hans Reichel in February 1979 (THE DEATH OF THE RARE BIRD YMIR) and in April 1981 (BONOBO BEACH), Wuppertal.

This is the download edition of FMP CD 054, which was itself a new edition of two out-of-print vinyl records (FMP 0640 & FMP 0830). To make the music fit on a compact disc, the pieces 7 and 9 (from Bonobo Beach) were gently shortened, while a second version of 1 (from Rare Bird Ymir) was left out.

Tracks 1 through 6, and 10, feature the acoustic "full-fret" guitar, and on 8 and 11 we hear a 12-string of the same make. Number 7 was played on a de-fretted spanish guitar. Tracks 9 and 12 introduced the first electric to be picked on the wrong side of the bridge. Songs 2 and 5 were played on two guitars simultaneously.

All numbers were recorded in real time - no dubs, effects, etc., were used.