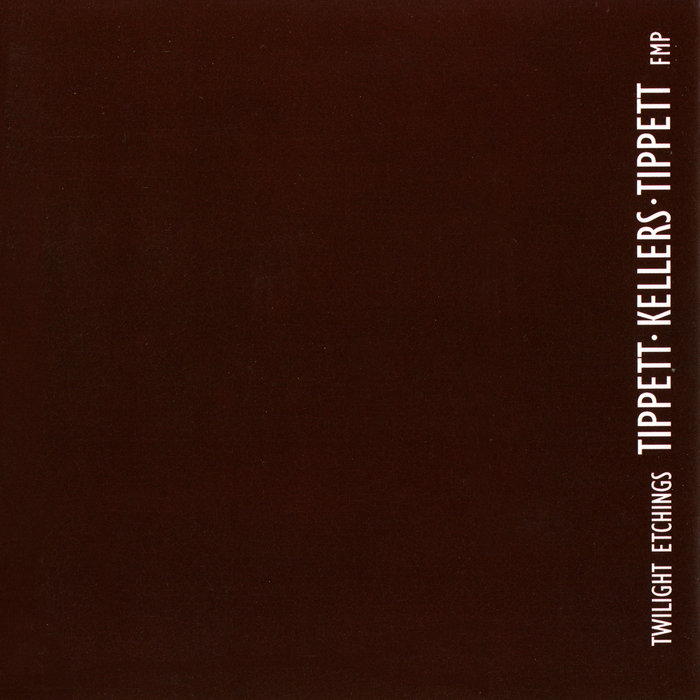 "As a vocalist, Julie Tippett is literally without peer and cannot be compared to anyone. She is a true original. Perhaps this is because of her background, which began in the '60s with Brian Auger, when she was singing soul and R&B. Entering the progressive rock world of the 1970s with compatriots like saxophonist Elton Dean (and, of course, pianist Keith Tippett), her concerns, approach to singing, and methodology as a vocalist began her process of mutation into the artist she is today. Of all of Julie and Keith Tippett's recordings, Twilight Etchings may indeed be the finest. Few recordings of improvised music, particularly vocal music, are as moving or as honestly original as this one."
- Thom Jurek, All Music Guide

"Through her work in organist Brian Auger’s Trinity band in the late 6o’s, Julie Driscoll nearly became a household name. Driscoll has since married Tippett and moved from popular success to a form of wordless improvisation far-removed from anything resembling traditional jazz scatting. In Twilight Etchings, along with her husband and German percussionist Willi Kellers, Driscoll (now Tippett) sweeps tremolo-like through walls of sound. The recording is intensely rewarding; it requires equally intense listening."
- Jazziz

"My favorite saxophonists are those who use their horn like a voice; my favorite singers use their voice like a horn. Julie Tippett falls into the latter category. Not that she “sounds” like a horn, especially, but that she improvises like an intelligent horn player.Drummer Willie Kellers is a fascinating player, as well. He pushes the band inexorably, without the oppression that’s common to much jazz drumming. Pianist Keith Tippett is an extremely gifted player, though he seldom attracts attention to himself, preferring mainly to embellish the work of the singer, and suggest directions for the free improvisations. When he chooses to let go, he evinces an abundant imagination and total control over the keyboard. The group interplay is on a very high level, as is, in fact, this album as a whole – as inspired (and as inspiring) a set of free playing as I’ve heard in a while."
- Cadence

"Spiritual intensity abounds on the Tippett/Kellers/Tippett recording of their Total Music Meeting gig in October 1993. The ability to connect with and disturb the soul emanating primarily from Keith Tippett’s piano. Yet, his presence is often almost subliminal – teasing, probing and embracing the more upfront contributions of the other two. Percussionist Willi Kellers is resourceful, full of ideas, both initiating and responding to the dramatic flow."
- Rubberneck # 23

Recorded live by Holger Scheuermann and Jost Gebers on October 27th, 1993, during the Total Music Meeting at the Podewil in Berlin.